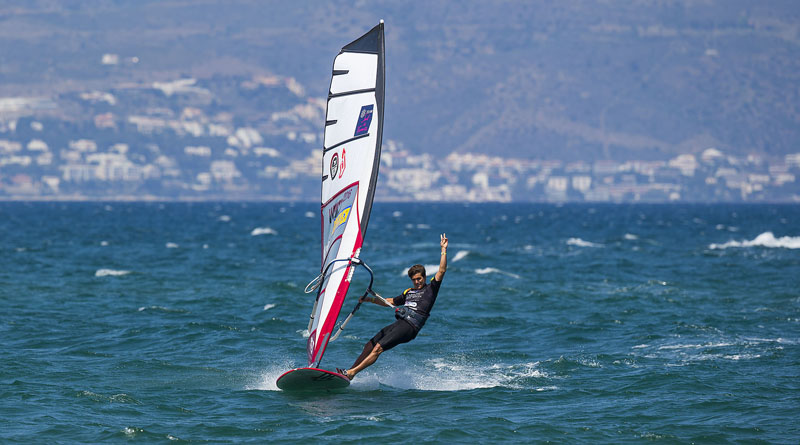 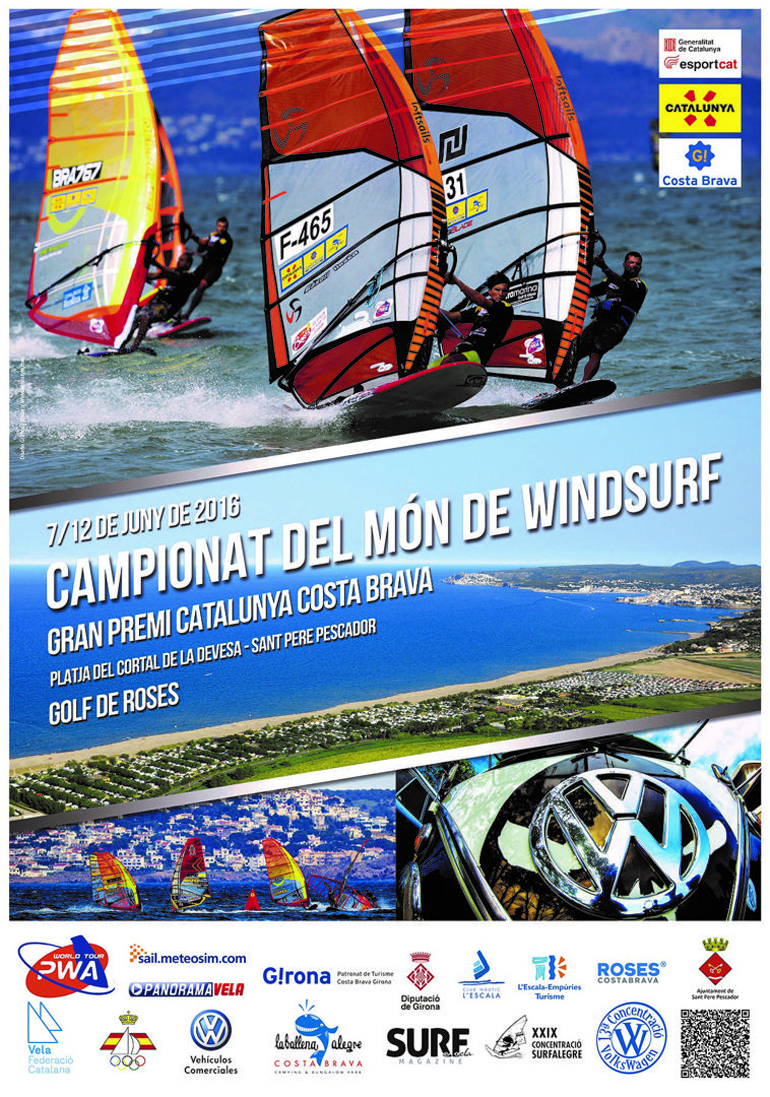 Mortefon strikes first in Costa Brava on a drama filled opening day
After a week of waiting in South Korea it was a welcome relief to see the wind kick in early on the opening day of the 2016 Catalunya PWA World Cup, which caught a few people by surprise with the forecast not looking brilliant on paper. However, racing was soon underway with the wind picking up to between 8-16 knots shortly after 1pm and the opening race of the week produced a few upsets along the way, while Pierre Mortefon (Fanatic / North) struck first blood to claim his opening bullet of the season. 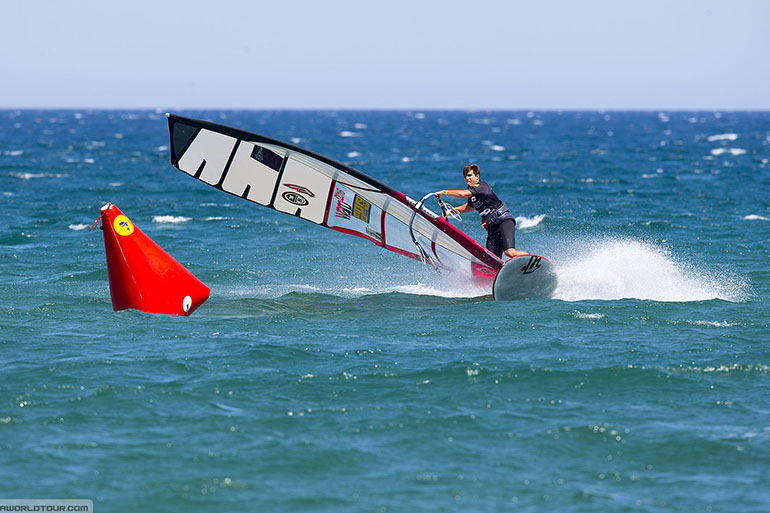 Elimination One – Winners’ Final
The winners’ final was completed at the second time of asking after Jimmy Diaz (Starboard / North) was a little too eager for a good start and was unfortunately disqualified for jumping the gun. As the remaining top 7 sailors approached the opening buoy it was Pierre Mortefon who managed to steal a narrow lead over Pascal Toselli (99NoveNove / Challenger Sails), who produced an excellent first gybe to leapfrog past Tristan Algret (Starboard / Severne) and Jordy Vonk (Fanatic / North). In the light winds the tussle for the top positions after the first gybe often proves crucial and this proved to be the case again as Mortefon made full use of the clean wind on offer to build a healthy lead as they rounded the final mark — before flying down the home straight to claim an emphatic victory, which moves the vice-world champion to the top of the rankings at the end of day one. Meanwhile, Toselli finished in a clear second ahead of Algret, who managed to out manoeuvre Vonk for 3rd place, but all four sailors will be delighted with their starts to the event — with the latter two recording their best results in a single race. Arnon Dagan (RRD / NeilPryde) and Taty Frans (Starboard / GA Sails / Mystic / Maui Ultra Fins) claimed 5th and 6th respectively ahead of Matteo Iachino (Starboard / Point-7), who had to settle for 7th place after slamming on the brakes to avoid going over early. 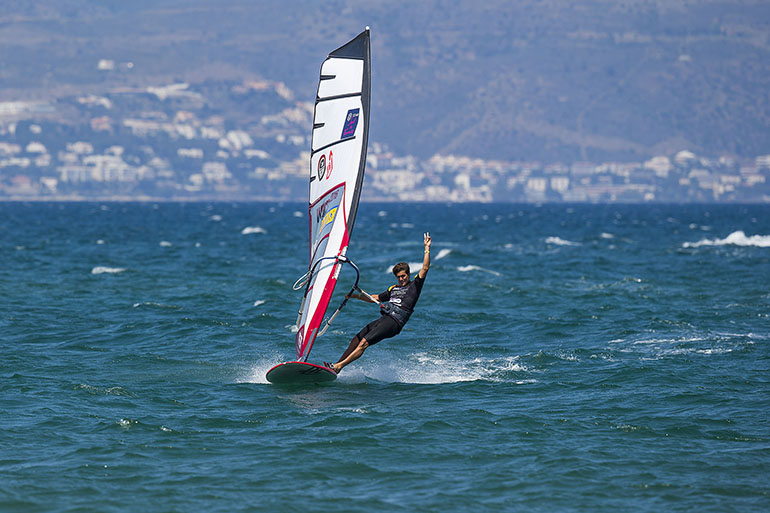 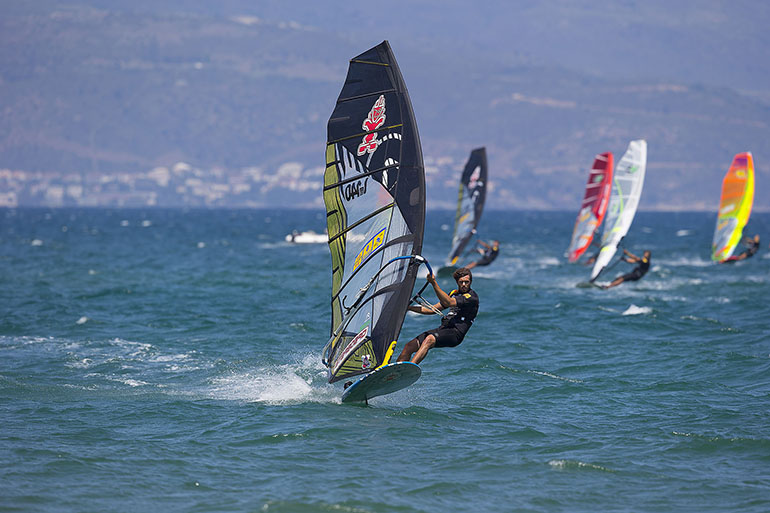 Elsewhere the opening race threw up several upsets and none were bigger than reigning world champion — Antoine Albeau (RRD / NeilPryde / Chris Benz) — taking a quarterfinal exit after getting covered on the exit of the first mark, which left AA powerless to avoid an early exit. 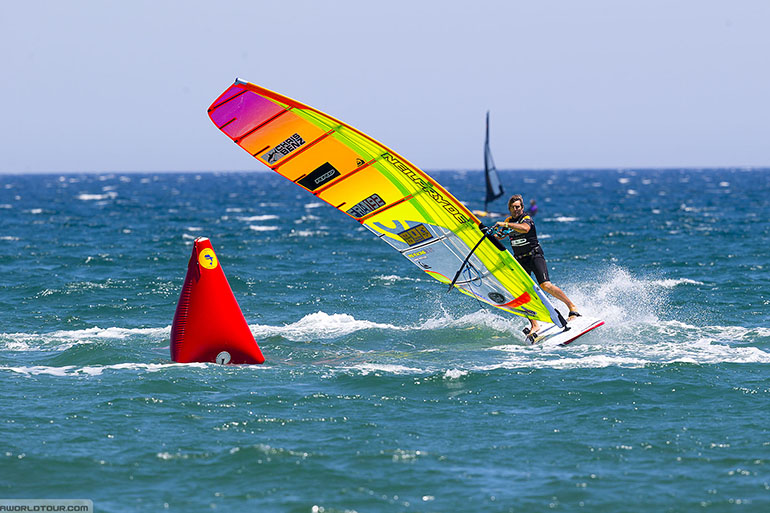 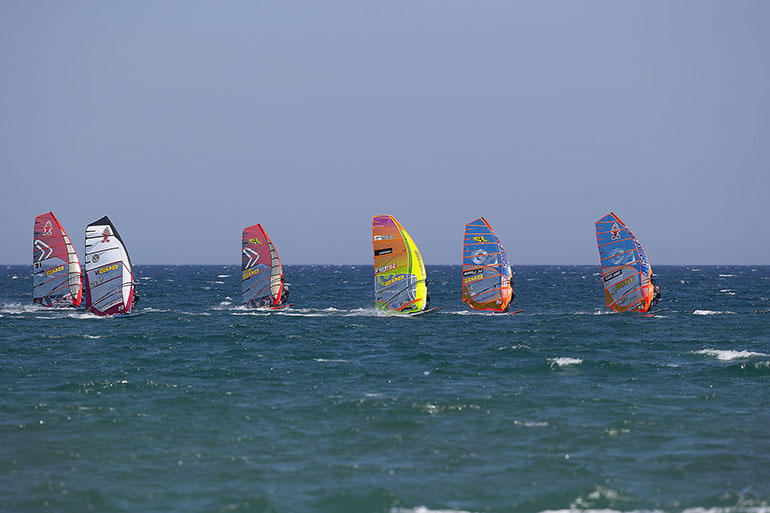 Antoine Albeau in the pack

The first race proved to be a tough affair for the current top 10 as only half qualified for the semifinals. Together with Albeau the likes of Cyril Moussilmani (Starboard / Severne), Ross Williams (Tabou / GA Sails), Julien Quentel (Patrik / Avanti) and Gonzalo Costa Hoevel (Starboard / Point-7) all too took quarterfinal exits.

Ethan Westera (JP / GA Sails) was the youngest sailor to qualify for the semifinals as the Aruban qualified from his first three heats — before the 18 year old went on to finish 6th in the losers’ final — 14th overall — as Andrea Cucchi (Starboard / Point-7) won Heat 15 ahead of Antoine Questel (Starboard / GA Sails) and Steve Allen (Patrik / Severne). 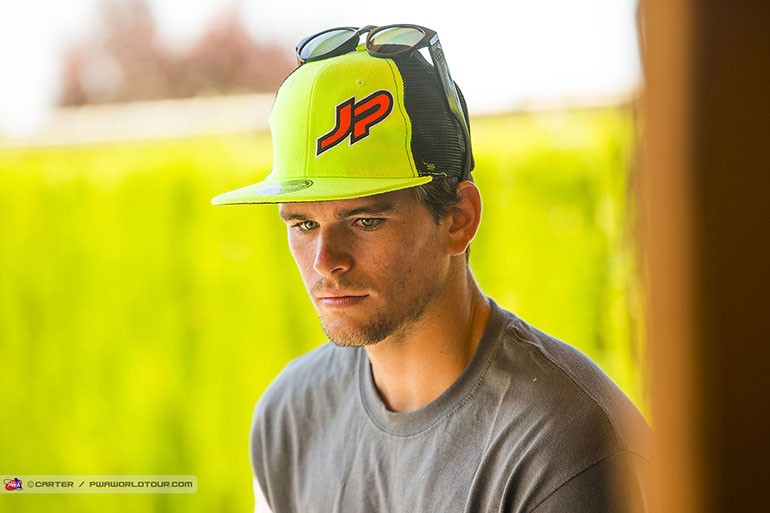 The second elimination was started but the wind soon started deteriorate as a thick layer of cloud rolled in to put a kink in the works. The sailors were released shortly afterwards at 5pm and will now prepare for another day of racing tomorrow.

The forecast looks excellent for the second day in Costa Brava and it looks as though we should see a full afternoon of racing. The sailors will meet again tomorrow at 9:30am (GMT+2) for the skippers’ meeting with a first possible start of 10am. Make sure you tune into www.pwaworldtour.com to stay up to date with all of the latest developments from the event. 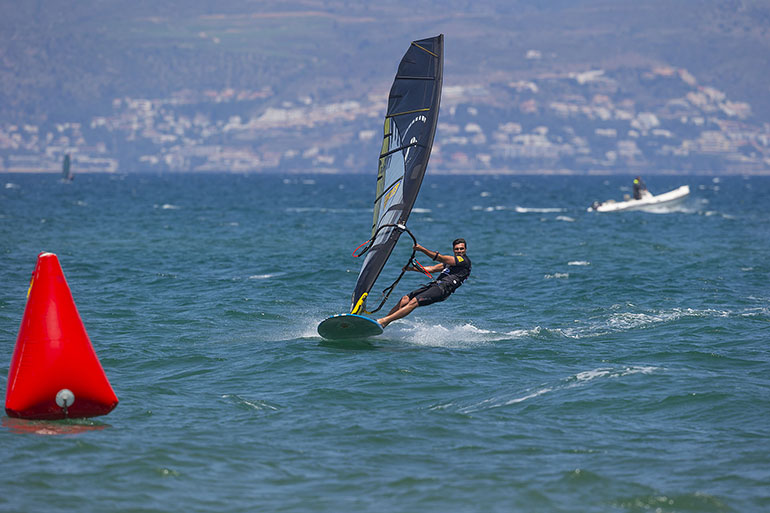 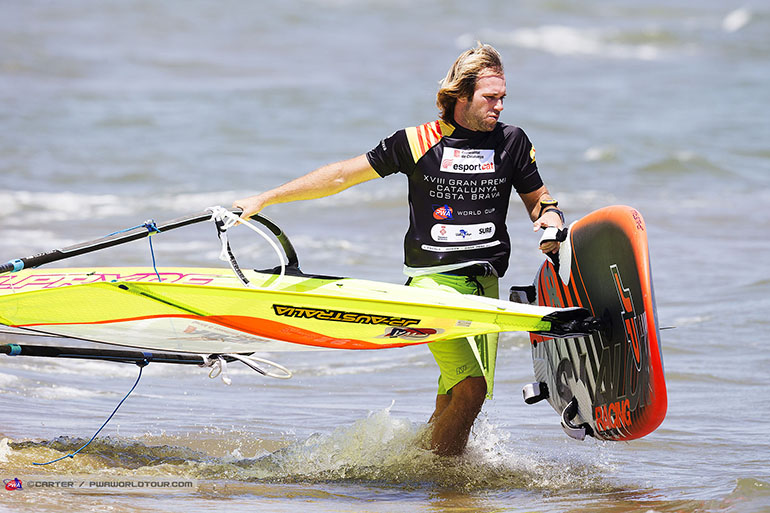 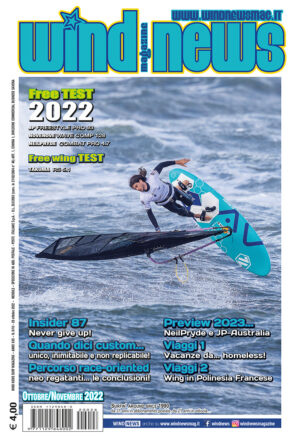