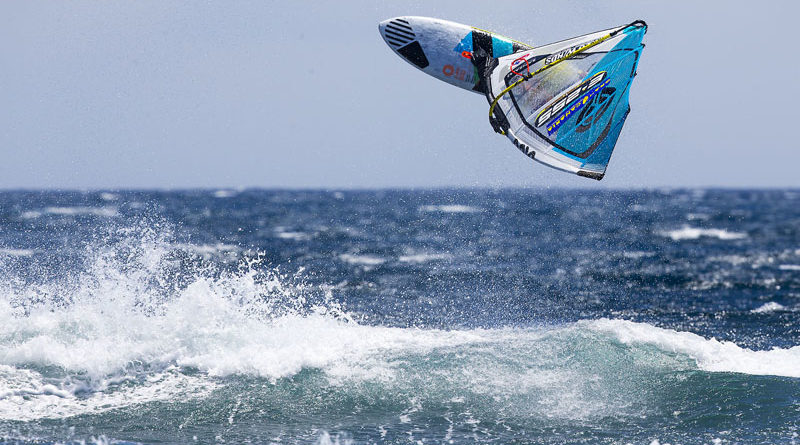 Marino Gil, Miguel Chapuis & Noah Vocker Roche win opening Youth Eliminations
The second day of the Gran Canaria Wind & Waves Festival saw the Youth’s take centre stage again in the late afternoon and the next generation showed that windsurfing is in safe hands for the future with a solid display of sailing.

Marino Gil (Goya Windsurfing) shone again today as the 13 year old claimed a deserved victory in the opening youth’s final. Gil landed a fully planing forward off the beach after a sail change and linked together the wave of the day — consisting of two backside airs and one fluid frontside hit to earn 8.5-9 points from the judges to see off Takuma Sugi (Naish), who claimed 2nd with a back and forward loop, while Liam Dunkerbeck (Starboard / Severne) completed the opening podium of the week.

In the 14-15 year old category Miguel Chapuis (JP / NeilPryde) came out on top as he landed a planing forward and a couple of powerful frontside snaps to see off Valentino Pasquale (North) — who was his closest rival in 2nd place followed by Adam Warchol (Goya Windsurfing) and Mike Friedl (Goya Windsurfing). 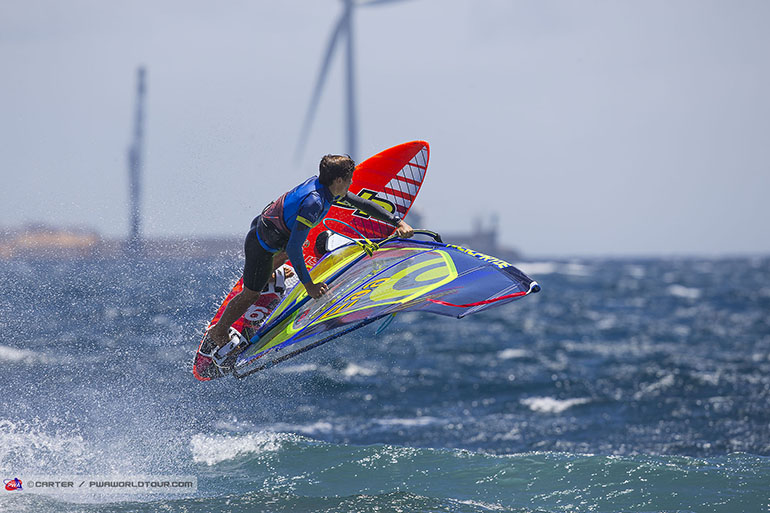 Noah Vocker Roche (Fanatic / North / Maui Ultra Fins) built on a solid performance yesterday to secure the top spot on the podium in the 16-18 year old category. The 16 year old opened proceedings with a stylish backloop before adding an 8 point forward and 6 point wave ride to his scoresheet. Meanwhile, Loick Lesauvage (Goya Windsurfing) claimed a clear 2nd ahead of Juliann Salmonn (Severne / Severne), who was missing a good second jump to complete his scoresheet. 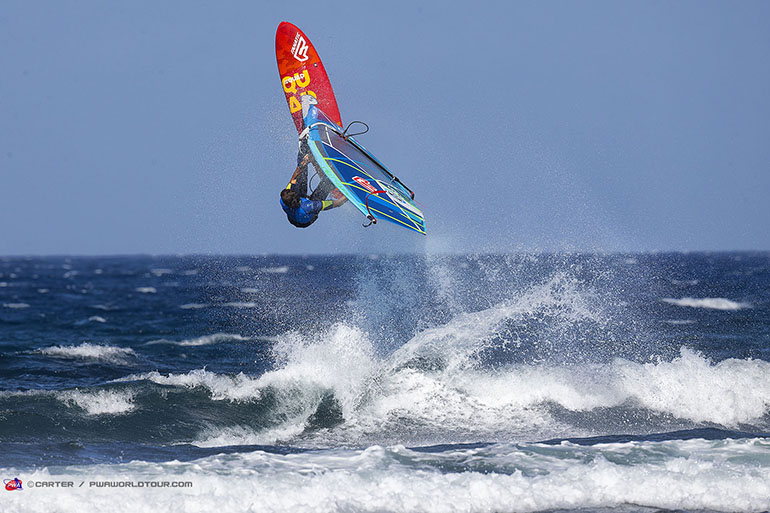 The sailors in the qualifying round for the main draw were released shortly after the completion of the youth’s with the waves not improving sufficiently to begin.

The forecast for tomorrow looks similar to today so the youth’s may well be given more opportunity to show what they are capable of with another elimination. The sailors will meet again tomorrow morning at 10am with the action commencing from 10:30am (GMT+1) if conditions allow. Make sure you tune into www.pwaworldtour.com from the 3rd-9th July to see all of the gravity defying stunts as they happen via the PWA live stream and live ticker.