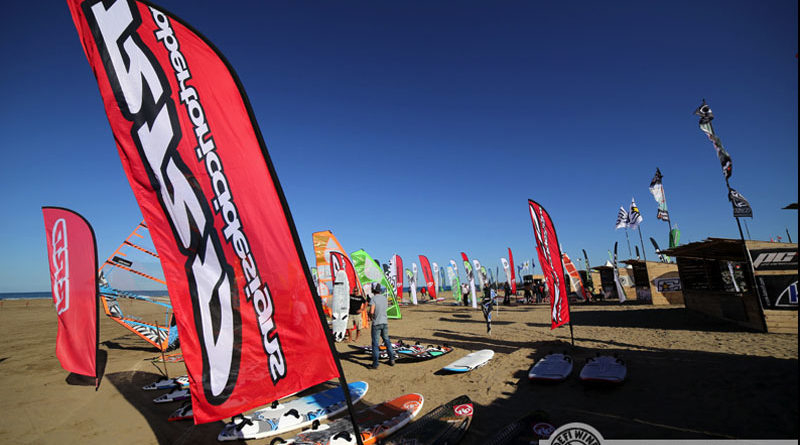 Here we are, Gruissan is ON for the greatest windsurfing event of the world. The windsurf community has been waiting for this moment to meet up for a year, Philippe Bru has finally done his first skipper meeting this Thursday at 1 o’clock, facing a Defi place full of windsurfers and completely acquire to the cause. If the weather didn’t allow to start a race today, the day has been full of activities and smiles stayed on all the faces on the village of 1300 defieurs coming from everywhere, simply happy to be here, together. 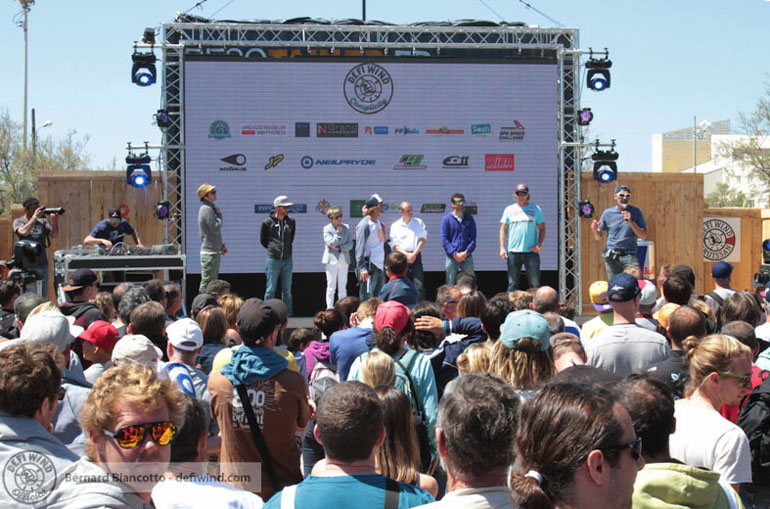 To leave on time, this is one of the Philippe’s main preoccupations on the Defi Wind. On the water, obviously, during a gate start, but also during the skipper meeting. So, as planned, at exactly 1 o’clock the Defi Wind’s annual Mass started. Two thousands passionate people, massed in front of the stage, have been able to appreciate the opening of the biggest windsurf event of the world by the big boss Philippe Bru and his acolyte Francky Roguet, also accompanied by the legend Bjorn Dunkerbeck and Erwan Jauffroy the Wind magazine’s editor-in-chief. Didier Codorniou, Gruissan’s Mayor and vice-president of the Languedoc-Roussillon Midi-Pyrénée Region, Bréatrice Obara, the Narbonne’s sub-prefect and André Viola, the Aude Departmental council’s President have previously talked to assure the please that have the regional government to welcome and support the Defi Wind and in general the boards sports development on the territory. A strong message from the public authorities. 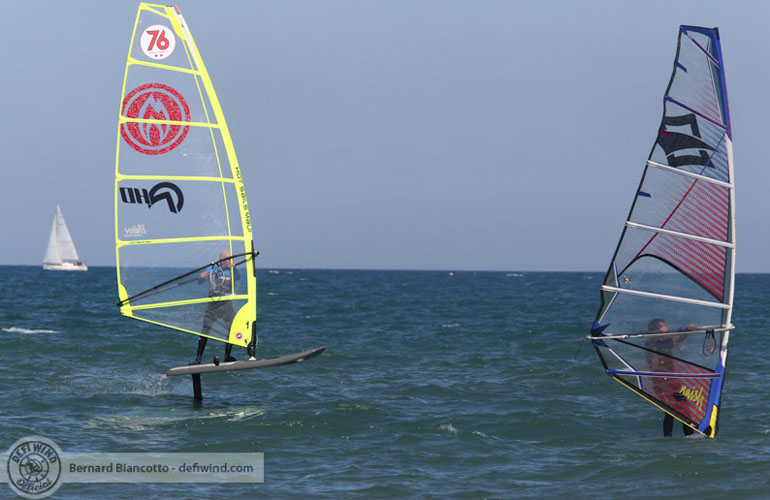 After the traditional Philippe Bru’s technical breifing, which explains all the form of the eventual races, everybody was more interested in laying outside, enjoying the sun of the Chalet Beach. Some have visited the booth, others were making the world a better place whereas legends and windsurf stars were mixing naturally with the crowd on the village place in order to exchange between windsurfers, talking about gear or signing some dedications. Pierre Mortefon, Robert Tériitehau, Pascal Toselli, Delphine Cousin, Patrice Belbeoch, Cyril Moussilmani, Antoine Albeau, Jules Denel, they all played the game pretty well. What is it more natural than windsurfers that are meeting up to pass the time on a windless day? However, thanks to a little breeze of about 10nds, foils started flying and the most experimented enjoyed a great sailing. 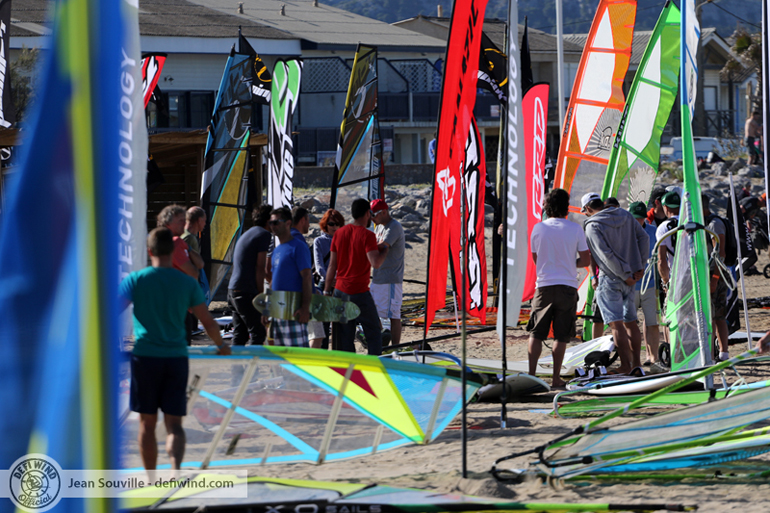 In the late afternoon, NoveNove introduced its team on the main stage (but still waiting for Kauli Seadi and Finian Maynard arriving tonight) before offering a long board on the lottery. A few moments before, the race direction announced the end of the official announcement for the day. No race today in Gruissan, no tramontane! Tonight, an official opening ceremony happenned on the main stage before the Virtuals Slaps concert. We leave you for tonight and let’s meet tomorrow at 9:30am for the first skipper meeting.