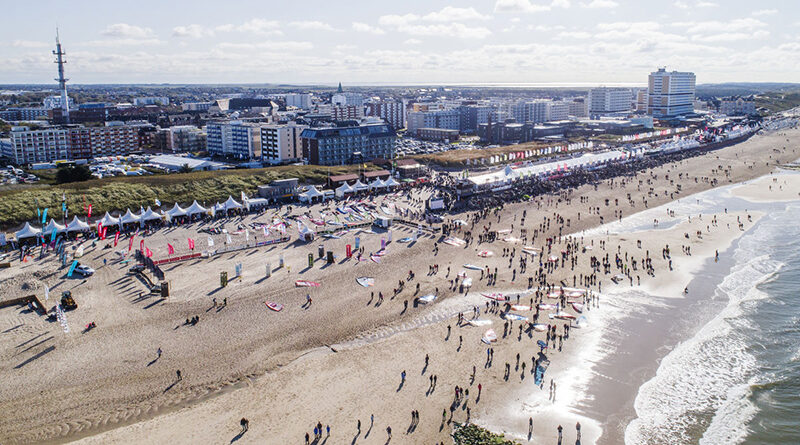 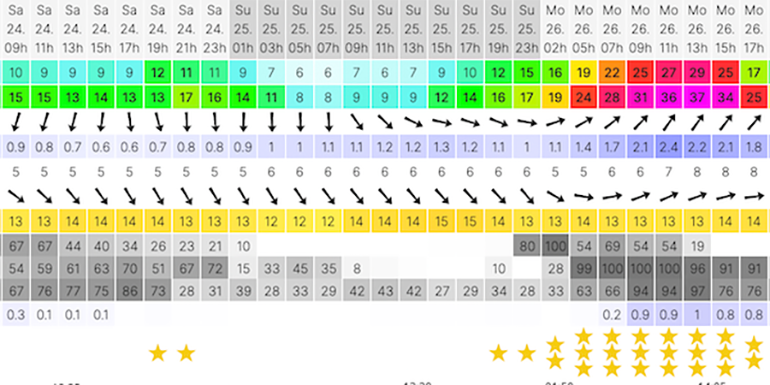 After a 3 year COVID-induced hiatus, the Mercedes-Benz Windsurf World Cup Sylt makes a welcome return to the PWA World Tour calendar in what will be its 37th anniversary. As usual, there is plenty on the line in Sylt with 3 world titles set to be decided over the next 10 days – Women’s & Men’s Wave as well as the Men’s Freestyle.
Westerland is Germany’s northernmost town, located 186km northwest of Hamburg, and is situated on the beautiful North Sea Island of Sylt. Thanks to its affluent, glamorous lifestyle and thriving tourism industry, Westerland, has earned the reputation of being the ‘Beverly Hills’ of Germany.
Sylt rarely disappoints such are the variety of conditions that this wonderful island can produce and the next 10 days promise to be no different as the world’s best sailors prepare to have their mettle tested. In strong onshore winds, a colossal shore break develops – ready to crush the hopes of any unsuspecting competitors – whilst powerful waves of up to 3-4 meters in size, can provide spectacular wave sailing, whilst posing some of the trickiest racing and freestyle conditions on the planet. However, as Sylt has many faces, it can also produce great freestyle and racing conditions, especially when the wind swings offshore, however, the sailors then often have another element to contend with as it is usually bitterly cold from this direction. 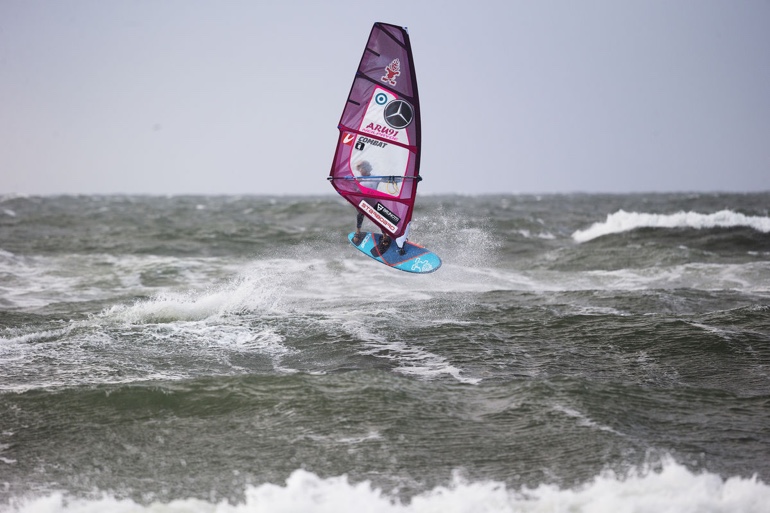 Title Race Connotations
– As Offringa has her destiny in her own hands victory guarantees her the title.
– However, if Offringa were to finish second, then a victory for either Erpenstein or Sniady would see them pip Offringa to the world title.
– If Offringa were to finish 3rd, then as long as Sniady did not win the event a second place finish would be enough for Erpenstein to win. Sniady would be required to win the event to claim a maiden world title.
Whilst it looks like a three-horse race for the title, both Maaike Huvermann (Severne / Severne Sails / Maui Ultra Fins) and Steffi Wahl (Sailloft Hamburg), who are making welcome returns having missed the opening event in Gran Canaria in July, could play a pivotal role in deciding the title as they are more than capable of throwing a spanner in the works for one of the title contenders. 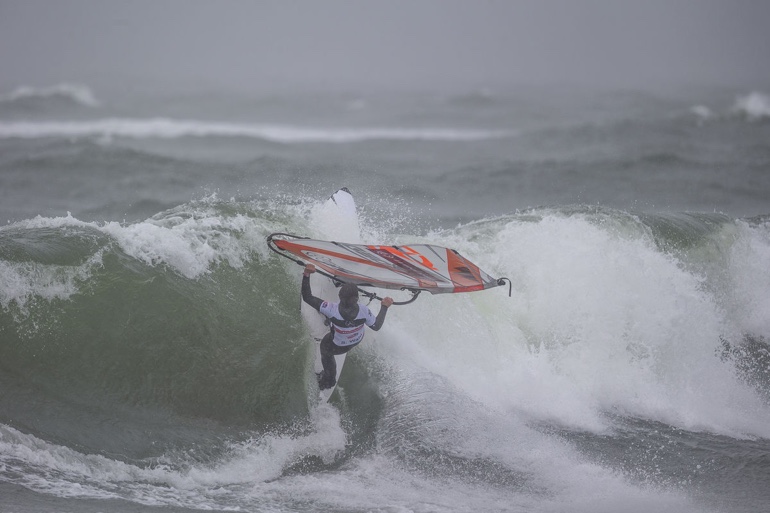 Steffi Wahl under the lip

Elsewhere, the youthful talent of Maria Morales Navarro (Goya Windsurfing), who claimed the U17 Wave World title in Denmark earlier this month will be hoping to make a challenge for the top 5, whilst Sol Degrieck (Severne / Severne Sails), who caused one of the upsets of the Single Elimination in Gran Canaria will gain more valuable competition experience at the age of just 12.

Men’s Wave
Marcilio Browne (Goya Windsurfing) enters Sylt with a healthy 3,745 point lead over his closest rival – Thomas Traversa (Tabou / GA Sails) – which stands the Brazilian in excellent stead as he looks to add to his previous wave world title from 2013. Browne produced the comeback of the Double Elimination in Gran Canaria as he recovered from joint 5th to second to put himself in pole position. 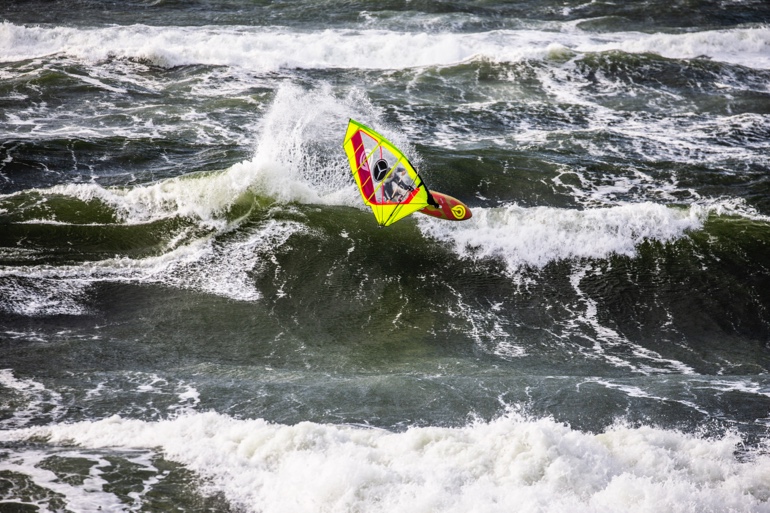 Slalom
The racing promises to provide another thrilling spectacle as the foils prepare to battle against the fins in the season opener once again. Almost 12 months on from the last 5-star racing event it’s going to be intriguing to see if the foils still hold the upper hand. Nicolas Goyard (Phantom / Phantom Sails / Phantom Foils) – won last year’s Slalom world title after dominating on the foil in Israel, so it will be interesting to see which of the other top sailors have closed the gap 12 months on. 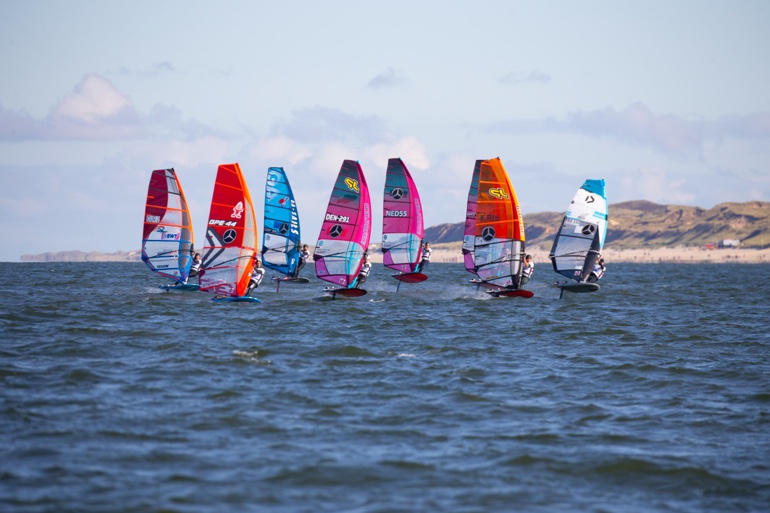 Whilst Goyard will start as the top seed there is going to be nothing easy about his title defence with the Slalom tour continuing to become ever more competitive. At the 2-star event in Croatia earlier in the year, Goyard could ‘only’ manage to finish in 6th place just to give you a slight indication of the strength in depth of the field.
With the fleet currently being so competitive, it’s hard to narrow Goyard’s main rivals down to just a handful as so many sailors are now capable of winning eliminations and challenging for top honours. Of course, you can never overlook the illustrious Big Top 3 – Antoine Albeau (JP / NeilPryde), who continues to show no signs of slowing down, Pierre Mortefon (Fanatic / Duotone / Chopper Fins / Phantom Foils) & Matteo Iachino (Starboard / Severne Sails / Starboard Foil).
However, there are a crop of hungry sailors chomping at their ankles to finally overhaul them. Namely, Bruno Martini (JP / NeilPryde), who won the event in Croatia earlier this year ahead of Mortefon, Enrico Marotti (JP / NeilPryde), Maciek Rutkowski (FMX Racing / Challenger Sails), Jordy Vonk (Fanatic / Duotone), Basile Jacquin (FMX Racing / Point-7 / Phantom Foils), William Huppert (Fanatic / Duotone / Phantom Foils), who finished 3rd in the world in 2021, Mateus Isaac (Severne / Severne Sails), Sebastian Kördel (Starboard / Severne Sails) etc. The list goes on, so your guess is as good as anyone’s with this contest wide open!

Freestyle
Amado Vrieswijk (Future Fly / Severne Sails) will prepare to defend his world title over the next 10 days and the 26-year-old should stand an excellent chance of doing just that – just under a year on from clinching his maiden world title. The Bonairean won the last event here in 2019, whilst he has a record of two second places and a third in Sylt since 2016. Vrieswijk is known for his powerful approach to Freestyle and you can expect to see more crazy double air manoeuvres as he tries to successfully defend both his event and world title.
However, Vrieswijk, will face a stern test to accomplish that feat as there are a plethora of sailors who are ready to take a crack at this opportunity where one event will decide it all. Adrien Bosson (Fanatic / Duotone / Maui Ultra Fins) came agonisingly close in 2021, just missing out to Vrieswijk in France and you would expect to see the vice-world champion go close again. Meanwhile, Yentel Caers (JP / NeilPryde) will be looking to regain his world crown from 2019, whilst fellow Belgians and former world champions – Steven Van Broeckhoven (Starboard / GUNSAILS) (2011) and Dieter van der Eyken (Severne / Severne Sails) (2015), are likely to throw their names into the hat too. 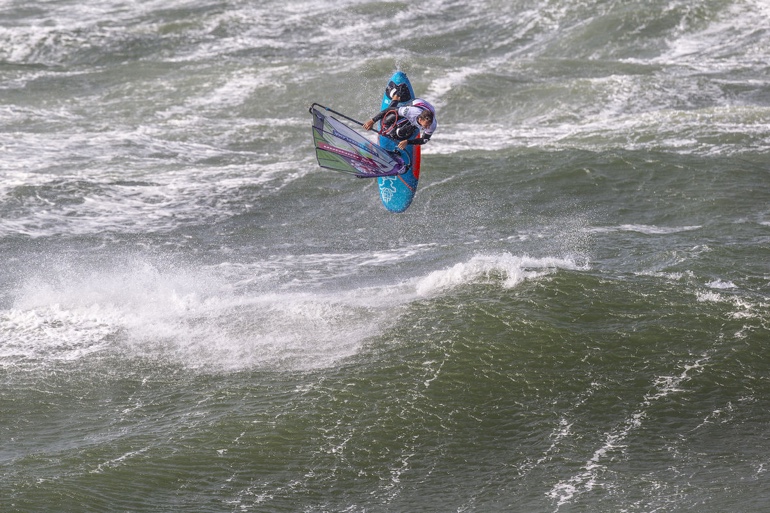 Other likely candidates include the likes of Italy’s Jacopo Testa (AV Board / Point-7 / AL360), who currently leads the European Freestyle Pro Tour, Bonaire’s Youp Schmit (Tabou / GA Sails) and the French contingent of Antony Ruenes (Tabou / GA Sails), Sam Esteve (JP / NeilPryde) and Antoine Albert (Goya Windsurfing) all of whom are all capable of beating anyone on their day.

The forecast currently looks quite promising for the opening half of the event with a variety of conditions on the menu, so we should hopefully get the opportunity to see all the fleets in action at some stage during the event.

You can stay up to date with all the latest developments from Sylt — including the elimination ladders, entry list, images and live ticker simply by clicking HERE and scrolling to the bottom of the page.
Also if you don’t already, follow us on our Social Media Channels: 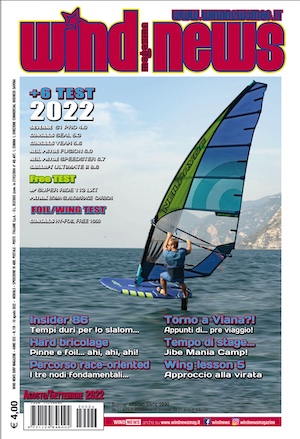