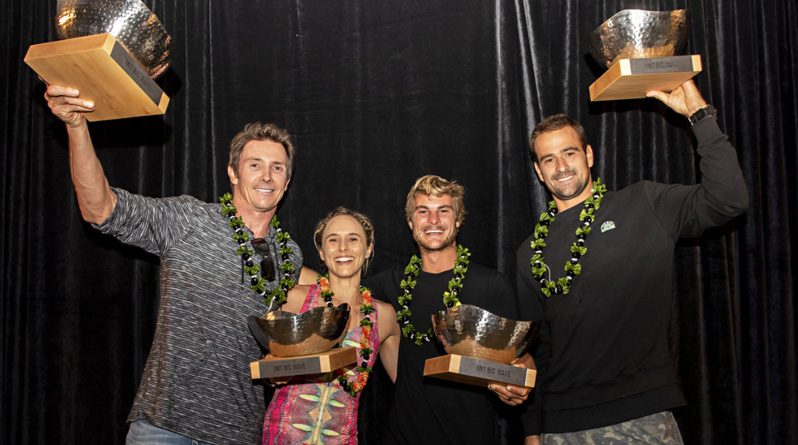 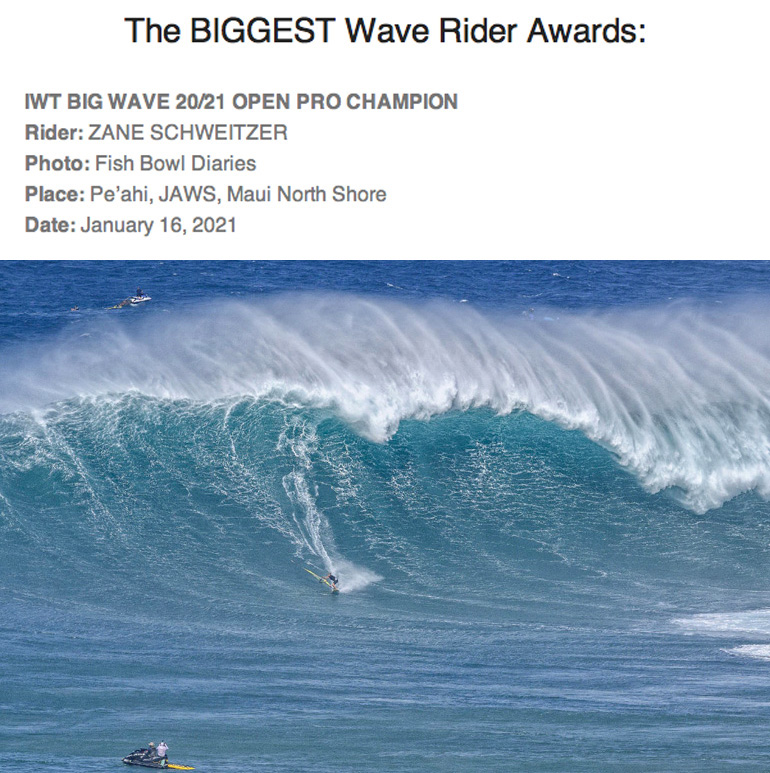 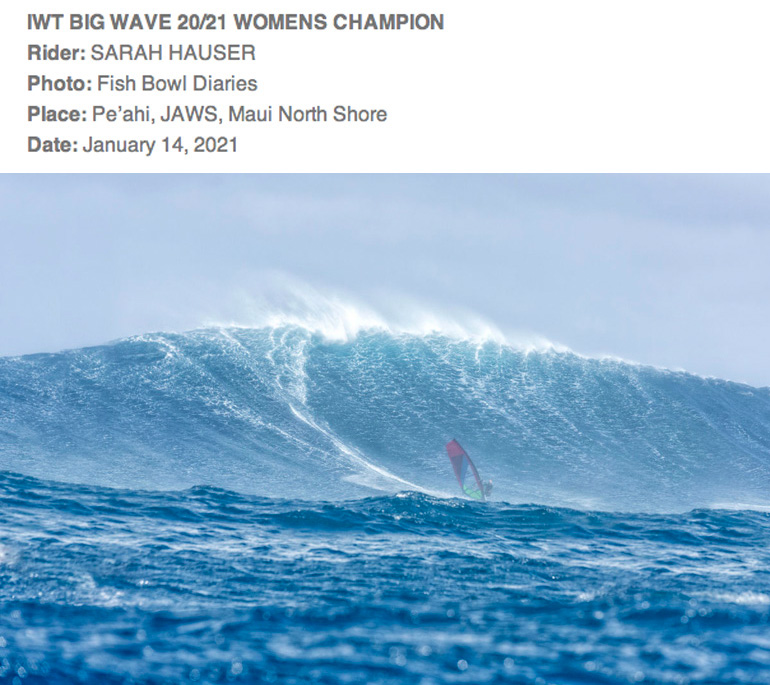 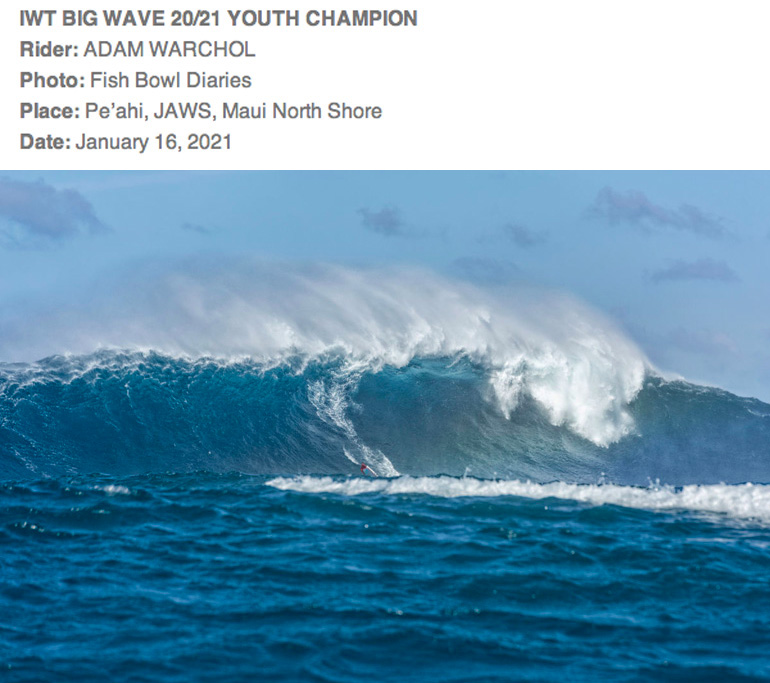 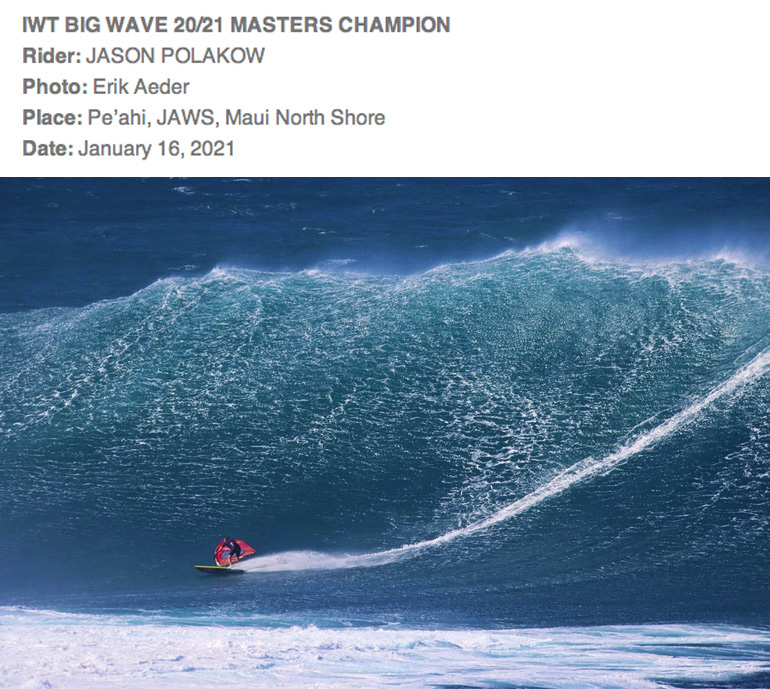 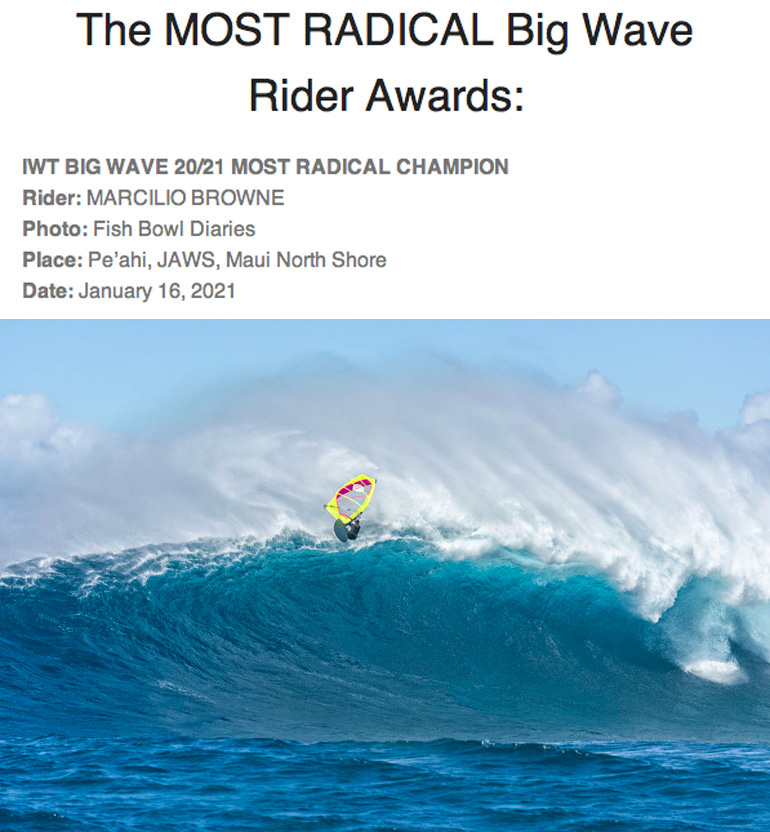 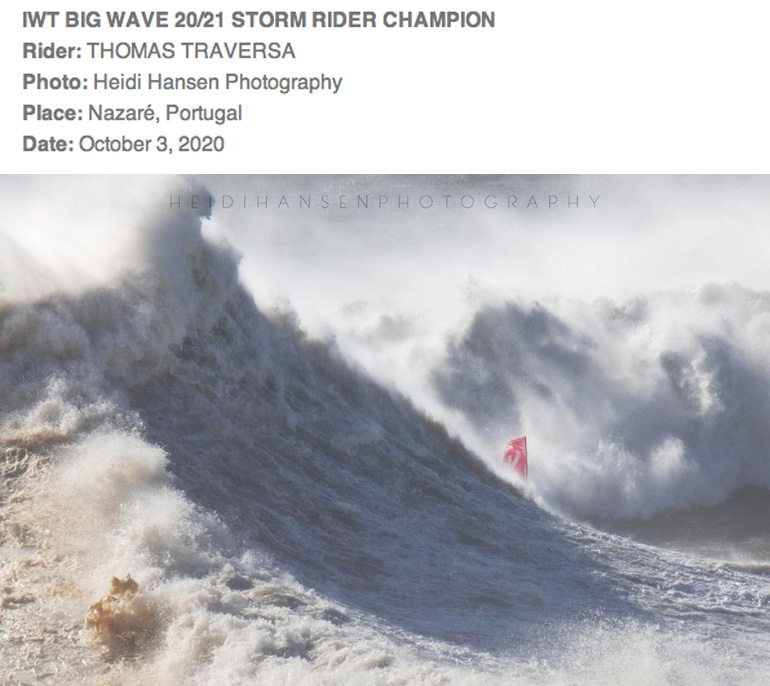 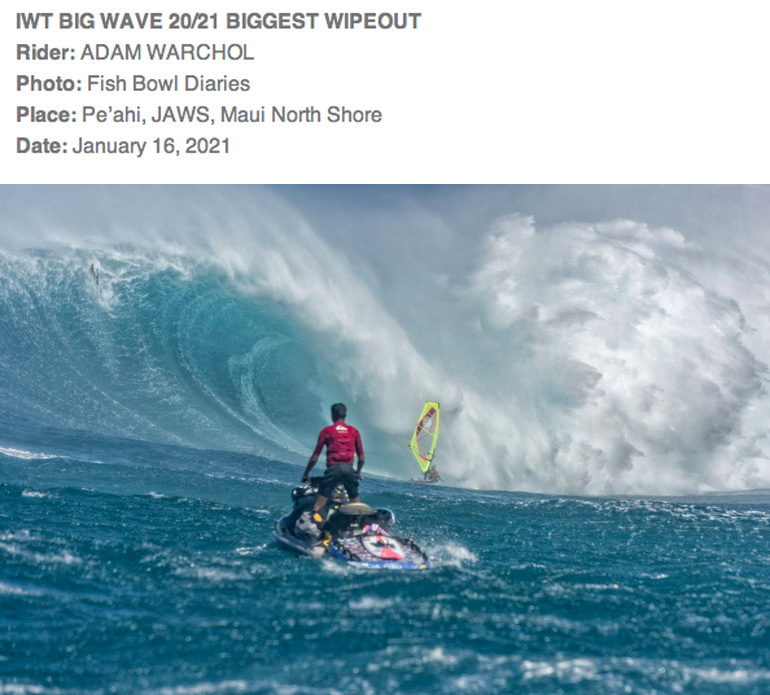 The IWT Big Wave Awards Night was held on Maui’s north shore on Saturday night to announce the big wave champions.
Covid restrictions on outdoor gatherings were opened June 1st on Maui, and so we immediately planned the big night for the first Saturday, June 5th, so that everyone could finally come together for this special night. For almost all on Maui, this was the first time they had been allowed to gather in a big group since the onset of the pandemic so it was a very special time.
We celebrated the brave water safety crews, the skilled photographers and videographers and, of course, the truly incredible RIDERS. The guest list was a who’s who of the big wave riders world, stretching from the 1st generation of legends in the 1970’s and 80’s with Matt Schweitzer and Robby Naish – the grand and great ambassadors that we all know them to be – on to the 2nd generation of legends with Jason Polakow, Kevin Pritchard, shaping guru and rider Keith Teboul and others – on to the 3rd generation of current world leaders with Ricardo Campello, Robby Swift, Adam Lewis and Zane Schweitzer, then all the way through to the exciting next generation of riders with Jake and Z Schettewi, and Luc Guidroz. With them all were friends and family and all those supporters of this extraordinary big wave rider community. Every one of these riders, from Robby Naish at 58, all the way down to Luc Guidroz at 16, were charging the biggest waves in the world earlier this year and we salute them all. Brave, skilled, and more than a little crazy! It was a gathering of minds, of athletes, of shared experience that very few other riders will ever share. BIG WAVE RIDERS are a very special breed and we were there to celebrate them all.
Unable to join the party because of the difficult international travel right now, were many great riders who were sorely missed. They included finalists Morgan Noireux (HI, USA), Adam Warchol (Poland), Karin Jaggi (Switzerland), Katie McAnena (Ireland), Timo Mullen (Ireland), Kai Lenny (HI, USA) and Thomas Traversa (France). We salute you all.
A special thanks to IWT co-founder Sam Bittner-Wilson for organizing the stunning evening. Another special thanks to well known action sports filmmaker Jace Panebianco, for being MC of the evening and giving space to each of the wining riders to give what turned out to be heartfelt speeches to this special gathering. These Big Wave Awards have no sponsors, so there was no prize money. Yes, sadly it’s true, there is no financial support from industry or from any outside corporates. All the costs and all the time involved here are shouldered by the IWT and the dedicated people who run it all behind the scenes. Mahalo to you all for the aloha you bring to this community.
The IWT Big Wave Awards will feature as the premier topic for the upcoming Riders Lounge tv series, directed and edited by Jace Panebianco, hosted by Kai Katchadourian, Jace Panebianco, and interviews with the winners to get an in depth, behind the scenes look at what went down and to hear direct from these champions. Having seen the early ‘rushes’, we can tell you it combines all the most stunning footage with exceptional interviews and a very high production quality. Coming soon, to be broadcast on the all new RIDERS.tv action sports platform. Stay tuned for more big news about that…

The 20/21 IWT Big Wave Awards were dominated by the giant day at Pe’ahi on January 16th earlier this year. Live-streamed around the world thanks to Surfline and photographed and videoed by the best ocean action sports media professionals on the planet, this was an astonishing day of big wave riding.

Many great rides went down on that day and on the big day two days earlier on January 14th at Pe’ahi. But these were not the only waves to feature in the IWT Big Wave list of finalists in each division. Finalists included rides from Nazaré in Portugal, Mullaghmore in Ireland, Leitrim in Ireland, Basque coast in Spain, and Margaret River in Australia.