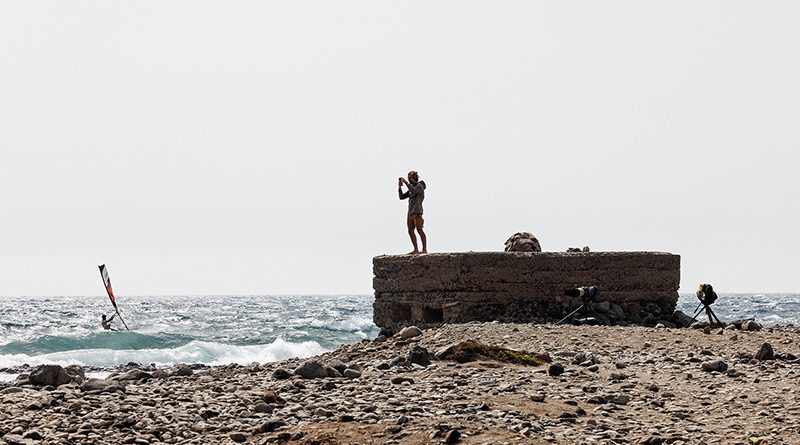 Day 3 of the 2022 Gran Canaria PWA Windsurfing World Cup turned into an action packed day with the Men’s and Women’s fleets both hitting the water for the first time in the afternoon, whilst earlier in the day the Youths were also in action. The waves remained relatively small throughout, but every so often a little nugget would appear, whilst with winds ranging between 20-30 knots the best wave sailors in the world were still able to show an impressive level in the air.

Wave Women’s
The opening 6 heats of the Women’s Single Elimination were completed by the close of play on day 3 and the majority of the top seeds survived unscathed. However, there was one major upset as 12-year-old – Sol Degrieck (Severne / Severne Sails) – claimed the scalp of Lina Erpenstein (Severne / Severne Sails) in Heat 11b with a performance beyond her young years. Degrieck deservedly earned the highest single wave score of the day – 6.38 points – for a radical approach which saw her fully blow the fins out of the wave, which would prove to be the deciding factor in determining the heat. 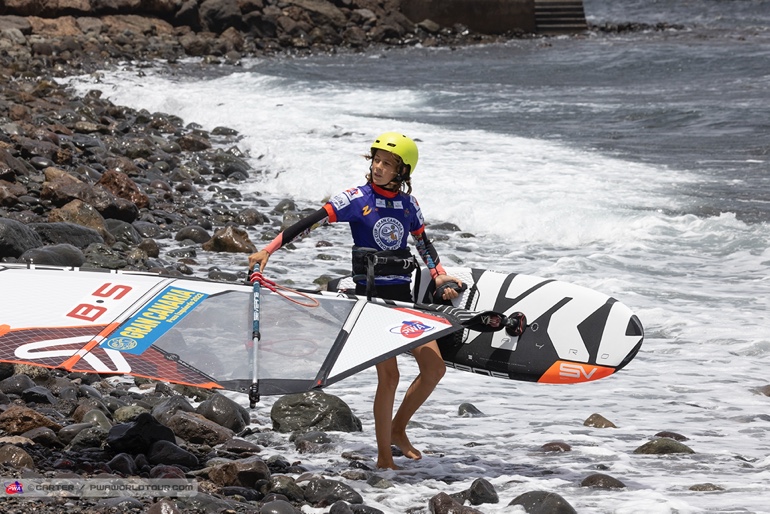 On the a-side, defending event champion – Daida Moreno (Severne / Severne Sails / Maui Ultra Fins) – looked to be in decent form as she posted the second highest heat score of the day – 16.88 points. Daida looked clinical in the air and dynamic on the wave, so she looks set for another deep run. 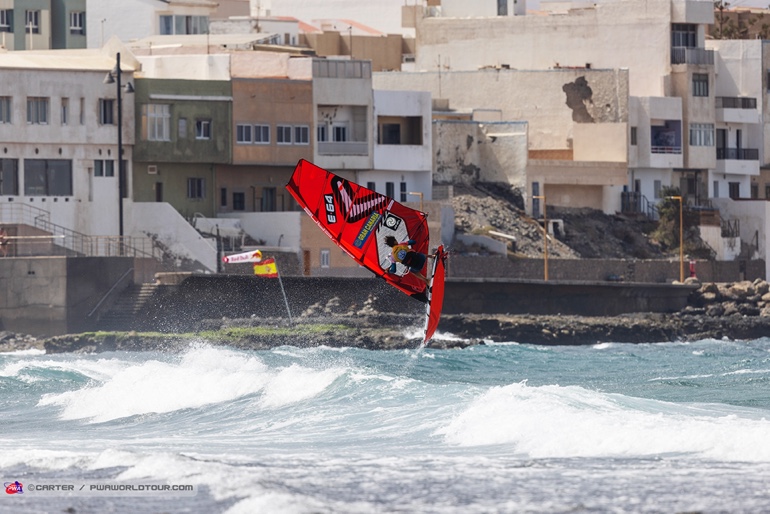 Defending world champion – Sarah-Quita Offringa (Starboard / NeilPryde / Maui Ultra Fins) – didn’t have things all her own way in Heat 12b as Pauline Katz (Severne / Severne Sails) put up a stern fight. However, in the second half of the heat Offringa was able to raise her level to eventually post the highest scoring heat of the day – 19:38 points. The Aruban will now face Maria Morales Navarro (Goya Windsurfing) in the quarterfinals after Morales defeated Julia Pasquale (Fanatic / Duotone) in Heat 12a. 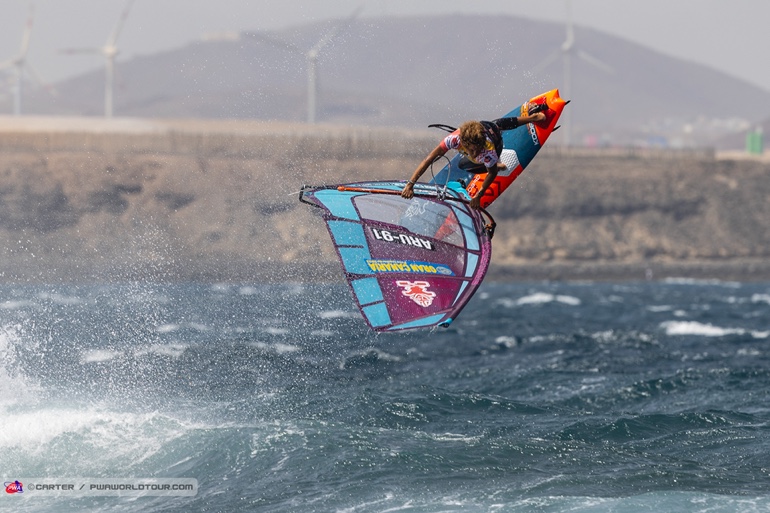 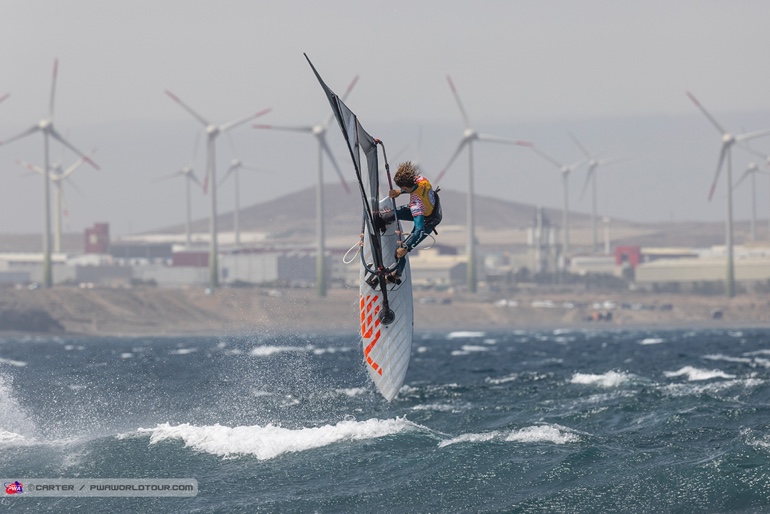 Elsewhere, Alexia Kiefer Quintana (Fanatic / Duotone), who earlier won the opening elimination of the Girl’s U20s, will line up against Justyna Sniady (North Sails) in what should be a tight quarterfinal with both women well acquainted with Pozo. 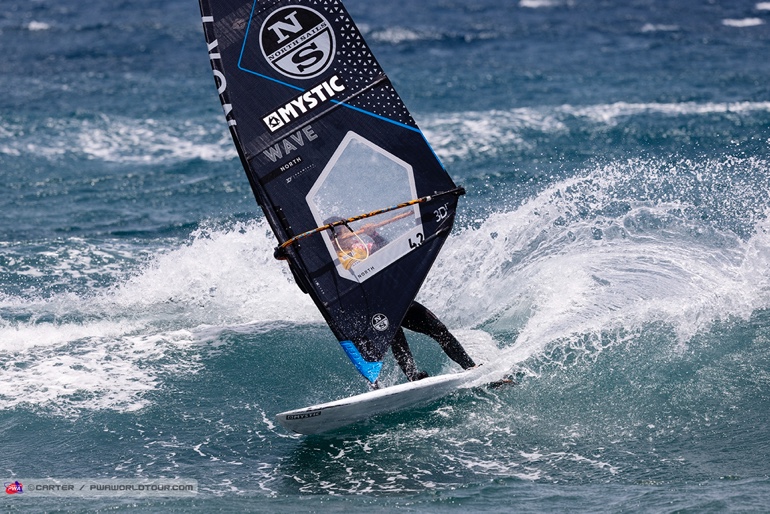 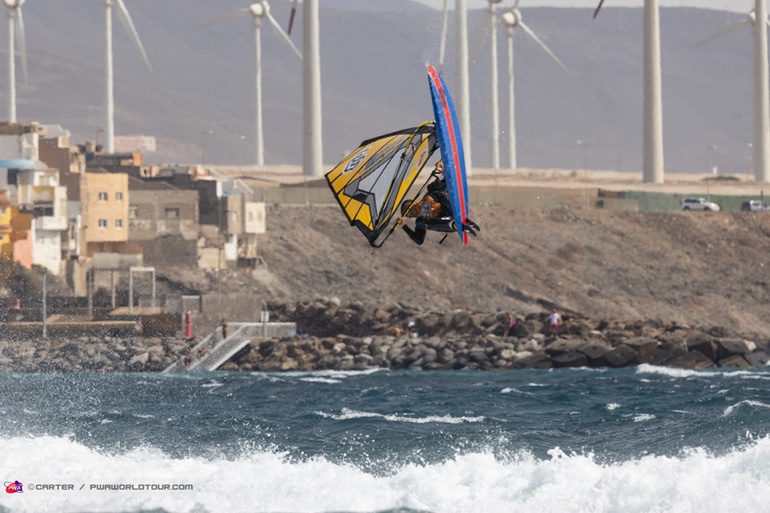 Moritz Mauch was the standout sailor of the day with his wave riding, in particular, setting him apart. The 26-year-old was the only sailor to post a wave score into the excellent range as he earned an 8.5 point ride with his penultimate wave of the heat, whilst he also posted a solid 7.5 point wave as a backup score to record the highest heat total of the day – 24 points. On the other side of Heat 2 – Jose Romero (Challenger Sails) – earned a convincing victory against Adam Warchol (Quatro / Goya Windsurfing) to also advance. 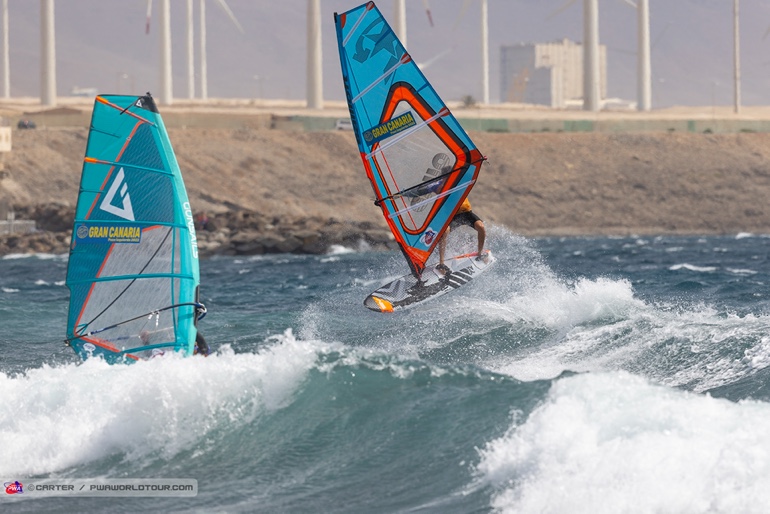 In the only other Men’s heat of the day – Heat 3 – Takara Ishii (RRD / RRD Sails) won a tight duel against Victor Borlin (Loftsails), whilst Antoine Albert (Goya Windsurfing) recorded the second highest score of the day as the New Caledonian racked up 23 points against Henri Kolberg (Naish / Naish Sails) to set up a tie against Marc Paré (Fanatic / Duotone), whilst Ishii will take on Julian Salmonn (Bruch Boards / GUNSAILS). 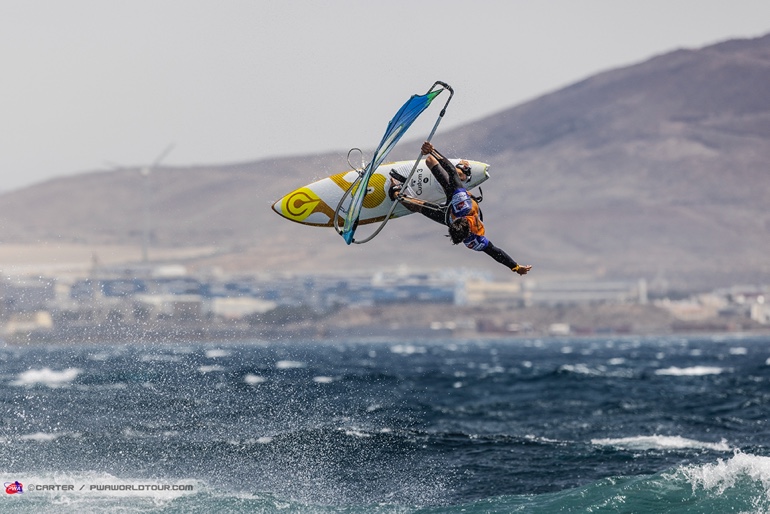 Youth’s Girl’s U20 Final
Alexia Kiefer Quintana (Fanatic / Duotone) claimed a decisive victory in the opening U20 Girl’s final of the event as she produced a confident display to see off Isabel Trivino Delgado (Severne / Severne Sails) and Julia Pasquale (Fanatic / Duotone). The 17-year-old landed a 6.5 point backloop and a stylish forward loop to lay a solid foundation on which to build, and a 7 point wave ride all but secured the victory. Trivino Delgado I. claimed second ahead of Pasquale. 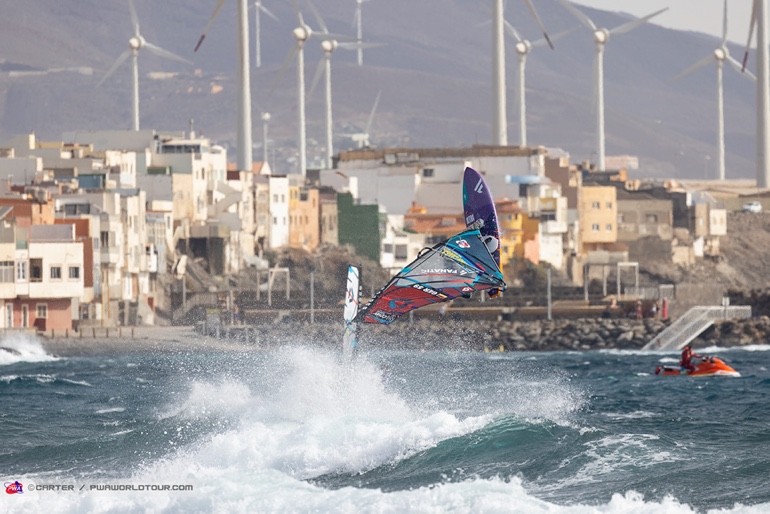 Boy’s U17 Final
Tobias Bjørnaa (Fanatic / Duotone) took on Anton Richter (JP / NeilPryde) in the U17 Boy’s Final and it developed into a bit of a jumping battle with wave riding conditions becoming increasingly difficult. The aerial fight saw Bjørnaa gain the upper hand as he landed a well executed 5.12 point forward loop, whilst he was also able to sail away from a backloop to earn him the victory. 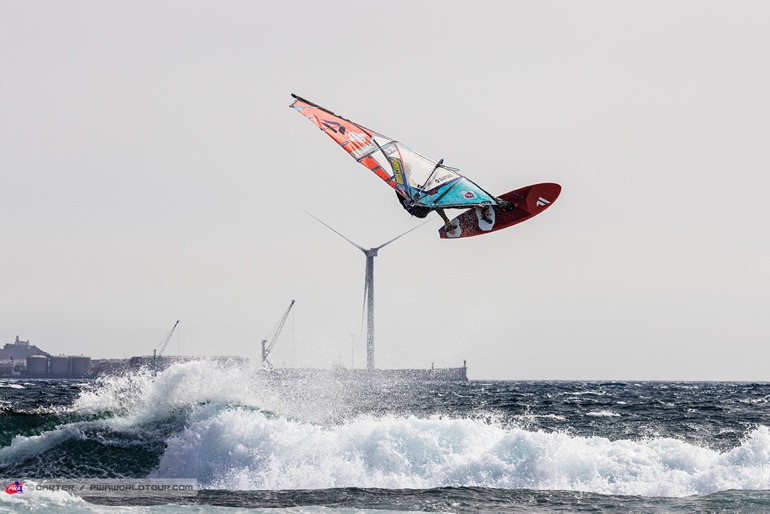 In the b-final – Carlos Kiefer Quintana (Fanatic / Duotone) – secured the final place on the podium, for now at least, after earning a narrow victory against Greece’s – Grigoris Stathopoulos (Severne / Severne Sails). There was almost nothing to separate the two youngsters in the air, but Kiefer Quintana was able to make slightly more out of the waves on offer to come out on top. 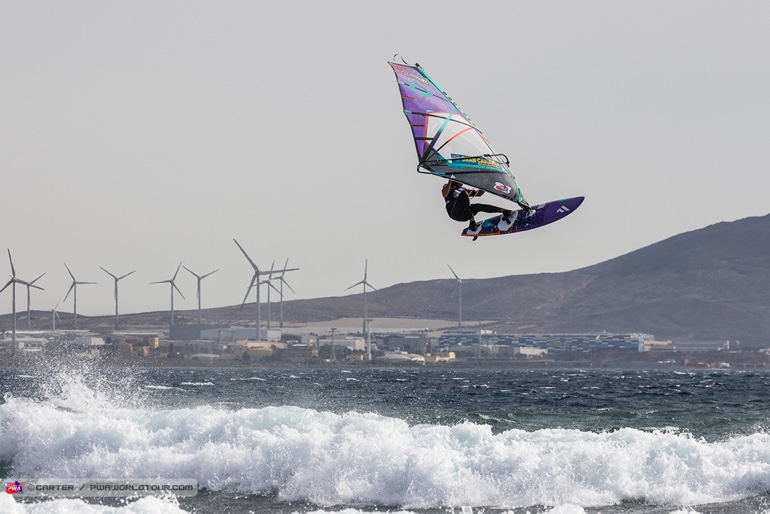 You can stay up to date with all the latest developments from Gran Canaria— including the live stream, elimination ladders, entry list, images and live ticker simply by clicking HERE and scrolling to the bottom of the page.